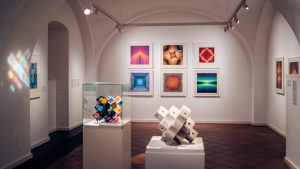 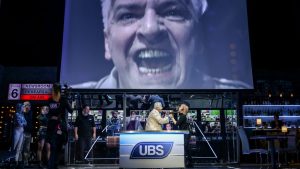 Galbraith who is best known for his unique eight-string instrument, which he plays like a cello, last performed in Esztergom in 1983.

The festival will feature several winners of international guitar festivals in recent years, including the young classical guitarists Harlond Gretton from Australia, Irina Kulikova from Russia and Otto Tolonen from Finland. The Tadic-Stefanovski duet will play a world music concert using elements of Macedonian and Serbian folk music.
The festival’s guest of honour will be the Cuban composer Leo Brouwer who is celebrating his 70th birthday this year. Brouwer will conduct his piece The Thousand-string City, written for the Bakfark Bálint Guitar Orchestra, in the Esztergom Basilica on August 9, 30 years after its premiere.
Master courses will be held by Martin Myslivecek and Josez Zsapk, who have been regular participants at the festival since its inception in 1973. The Hungarian teachers at the festival will include József Eötvös from the Liszt Music Academy, and Sándor Szilvágyi and András Csáki from the Bartók Conservatory. Pál Paulkovics, a Hungarian who lives in Austria, will also give a course.
Source: Hungarian News Agency (MTI)
See the festival programme